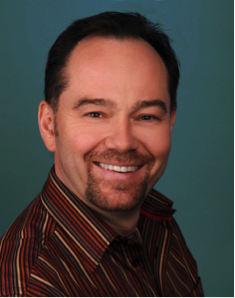 Autophagic flux is essential for the maintenance of normal synaptic function. Increased autophagy has been observed under neurodegenerative conditions, but may also protect neurons against the toxicity of intra- and extracellular aggregates. Control of autophagy in the brain involves the mTOR signaling pathway, which is required for synaptic pruning during development (Tang et al., 2014) and links autophagy to the state of metabolic activity (Perluigi et al., 2015). However, the pathways that control autophagy and its effect on synaptic proteostasis in the aging brain have not been addressed so far. A novel regulator of these processes is the serine/threonine kinase Ndr2. Ndr family kinases are involved in the control of proliferation and differentiation as well as apoptosis signaling and have previously been implicated in nervous system functions (Emoto et al., 2011). Recent evidence suggests that they are of critical importance for initiation of autophagy as Ndr1 associates with Beclin-1 and RalB to stimulate autophagosome formation (Joffre et al., 2015). Ndr1 is virtually absent from the adult brain, where the highly homologous Ndr2 may exert its function. In fact, we previously found that Ndr2 controls the faith of endocytosed b1 integrins in neuronal cells (Rehberg et al. 2014), and the recycling of b1 integrins has been shown to depend on autophagy mechanisms (Tuloup-Minguez et al. 2013). The Ndr kinase homolog in drosophila, tricornered, has been shown to control mTOR activation in drosophila (Koike-Kumagai et al., 2009).

Hypothesis of the project: We propose that Ndr2 provides a novel and potent factor to control autophagy induction in the brain and may be scrutinized to intervene with aging-induced deficits of synaptic flux. We therefore define the following Aims: 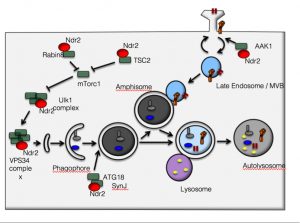 Brainhack Magdeburg 2022 A small group of scientists spontaneously got together to become part of Brainhack Global 2022 with a Local Brainhack Magdeburg. In cooperation with Peer Herholz from the Neuro (Montreal Neurological Institute-Hospital)[...]
View Calendar